Physical assistance can alleviate individual differences of abilities between players to create well-balanced inter-personal physical games. However, ‘explicit’ intervention can ruin the players’ sense of agency, and cause a loss of engagements in both the player and audience. We propose an implicit physical intervention system "The Tight Game" for ‘Tug of War’ a one-dimensional physical game. Our system includes four force sensors connected to the rope and two hidden high torque motors, which provide realtime physical assistance. We designed the implicit physical assistance by leveraging human recognition of the external forces during physical actions. In The Tight Game, a pair of players engage in a tug of war, and believe that they are participating in a well balanced, tight game. In reality, however, an external system or person mediates the game, performing physical interventions without the players noticing. 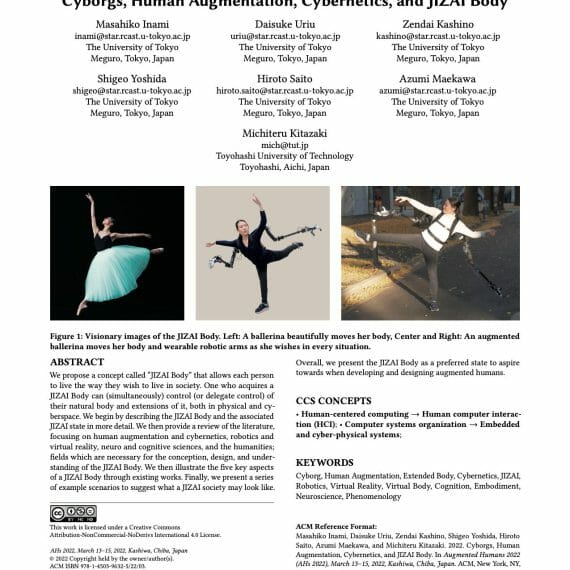 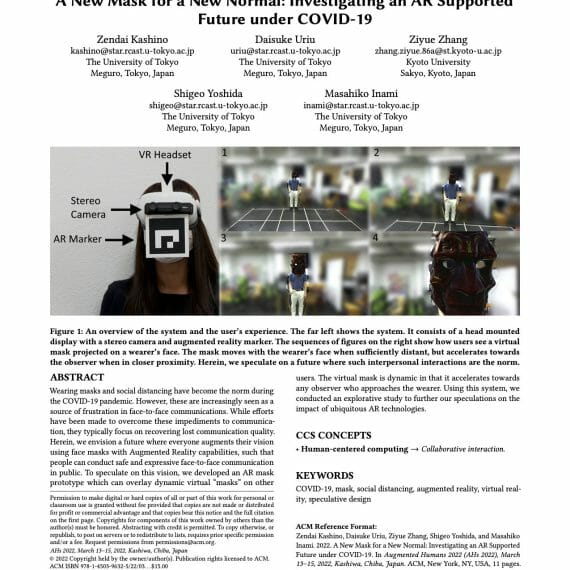 A New Mask for a New Normal: Investigating an AR Supported Future under COVID-19 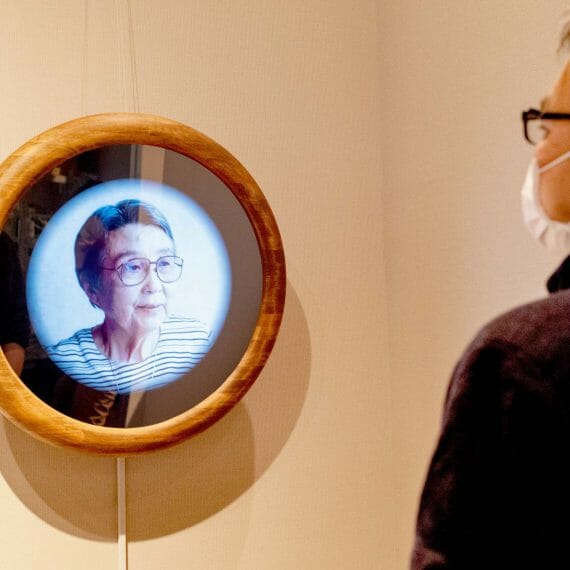 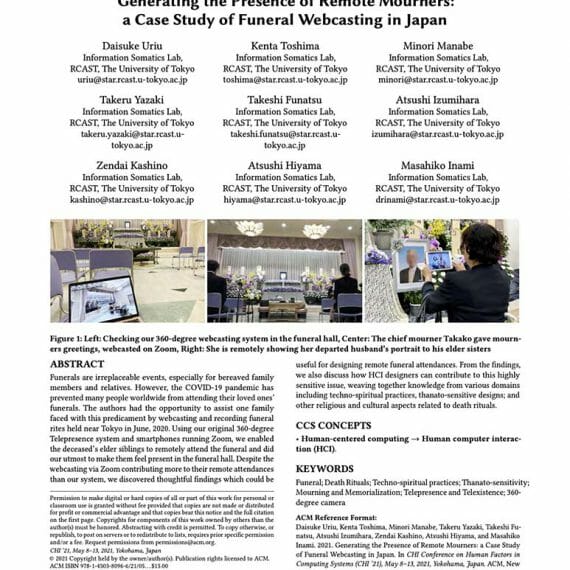 Generating the Presence of Remote Mourners: a Case Study of Funeral Webcasting in Japan