Sound Candy is a device with which anyone in the world can create his/her own playground anywhere of using sounds and movements around him/her. In our daily life, we are surrounded by the "Kings of Entertainment" such as theme parks and home video game machines. However, the entertainment gives us only passively experience without our creation or creativity. In this paper, we suggest Sound Candy designed as the tool with which each user can create a new way of playing actively. In its small body, Sound Candy has two functions as follows. First, it has a recording function. Second, it has a function to integrate recorded sounds and signals from sensors, such as vibration or acceleration caused from variety of movements. Sound Candy can be attached to any part of user's body and almost objects in his/her environments. So users can convert the recorded sound to the one synchronized with various actions by selecting a play mode from four play modes including Angle, Vibration, Speed and Rotation Mode. 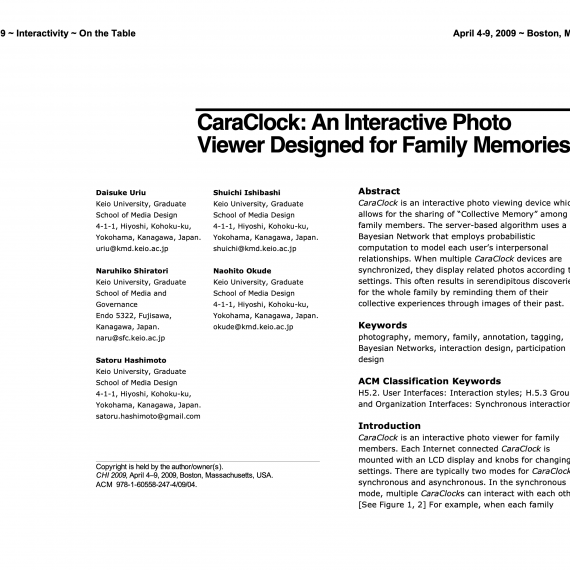 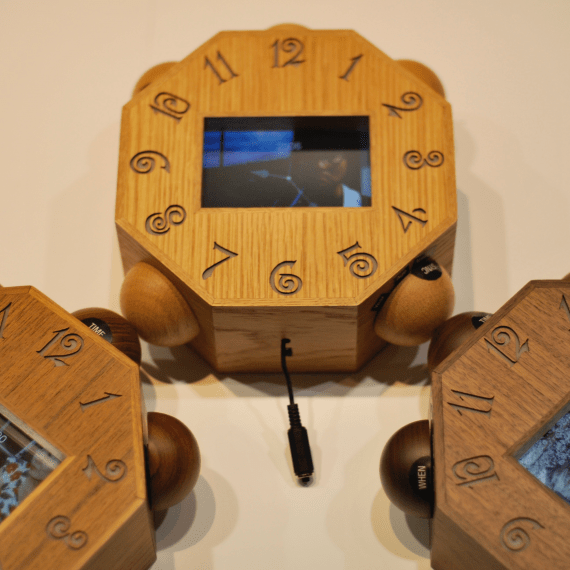 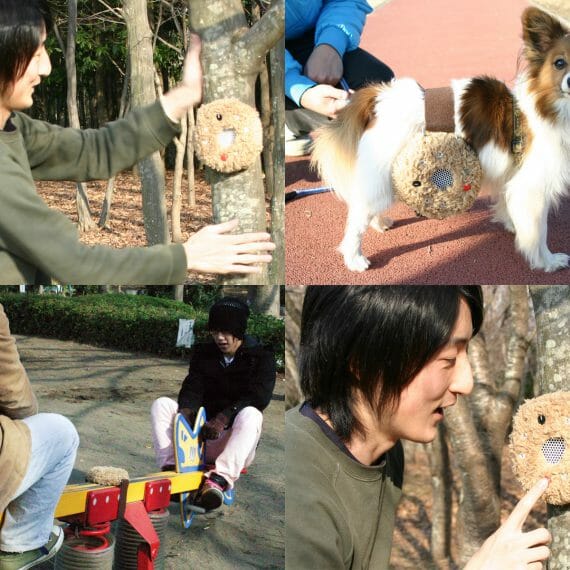 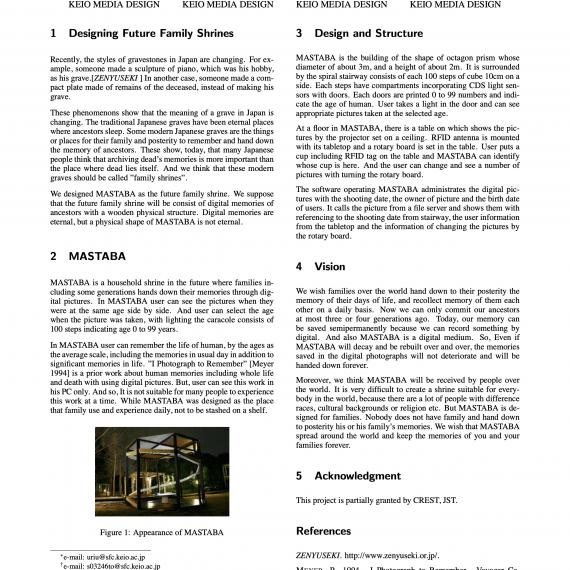 MASTABA: the household shrine in the future archived digital pictures